Most people don’t realize that headstones are speaking louder than the words written upon them. Symbols and imagery are used to add another layer of meaning to help identify the nature of those who lie beneath them.

Because there are many different symbols, I’ve decided to break this post into two parts. The following are some of the more common symbols and their meanings. It is by no means an exhaustive list. It should also be noted that many of these symbols are used in combination to tell a story. The headstones – like us humans – are multi-dimensional.

The obvious symbolism of an anchor is the sea. Therefore anyone who was connected to the sea – such as a sailor – may have an anchor on their headstone. But an anchor is also a Christian symbol of hope. 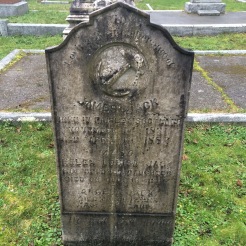 No we aren’t talking about the creepy angels from Doctor Who. (DON’T BLINK!) Though I must admit there have been a few angels that I seriously kept my eye on. Just saying.

The position of the angel is incredibly important. If the angel is looking or pointing upwards it indicates that the soul is on their way to heaven. An angel looking pious or looking downward represents mourning and loss of the deceased from this world.

Books are commonly used for clergymen or religious people. These headstones may represent the Book of Life or the Bible. They can also be used to symbolize a person’s love of literature. In Oakwood Cemetery in Austin, Texas I saw a headstone in the shape of a song book.

Crosses are associated with resurrection, faith and eternity. Some may be decorated in a Celtic fashion, others are much more simple. Crosses are another symbol of the Christian faith. In military graveyards it often represents trials and victory. Especially if there is an image of a crown nearby.

Just as you would expect, hourglasses mark the passage of time. They remind us that life is short and we are mortal. 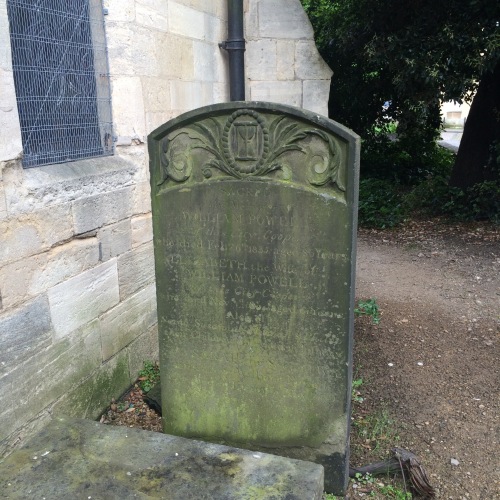 Often seen intertwined, IHS is the first three letters of the Greek word for Jesus. It is also an abbreviation of the Latin words for Jesus, Saviour of Men. IHS is commonly seen on Catholic headstones, often with the depiction of Jesus on the cross. 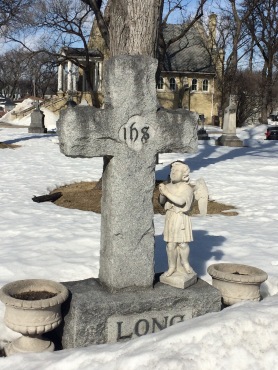 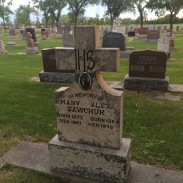 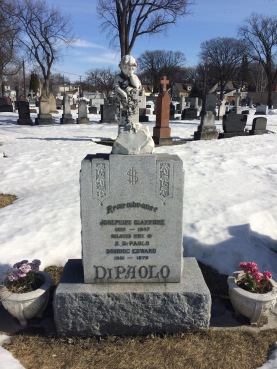 Often ivy is found with other symbols – like most of the plant and flower imagery. Ivy represents friendship, faithfulness and immortality. Like the plant itself, it has a clinginess about it. 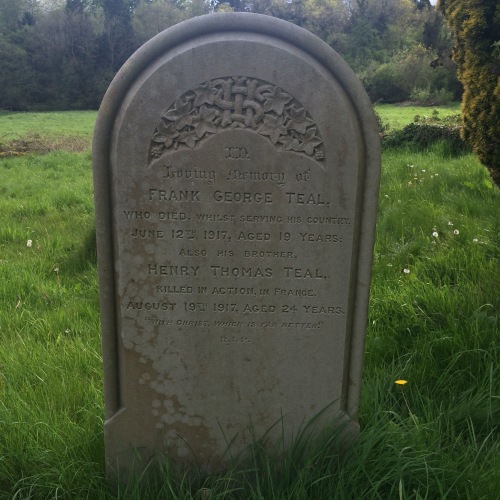 When you see a lamb on a headstone you can almost guarantee there is a child buried beneath. Lambs represent innocence and the Lamb of God.

Urns often represent the soul and drapes represent mourning. Therefore a draped urn is mourning of that soul. It may also represent the shroud between life and death. You’ll often see them half-draped so that the soul may make its way to heaven. 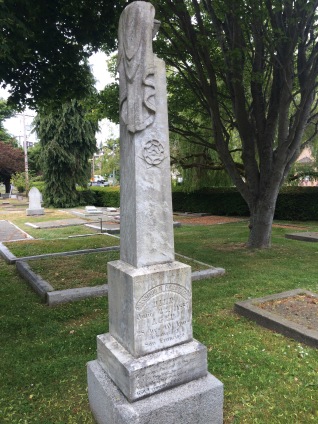 Each flower has its own meaning. Poppies are for the eternal slumber. Passion flowers symbolize the passion of Christ. Lilies are another symbol of innocence. Lotuses are for rebirth and creation. Roses are for beauty. This list goes on. 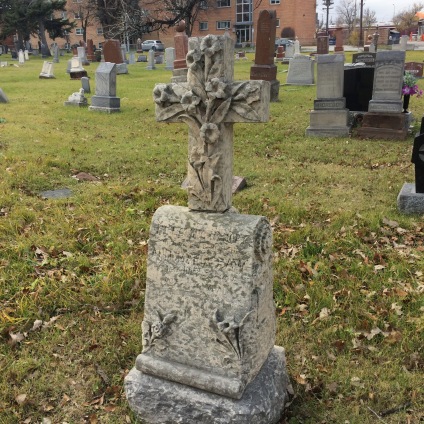 Both of these indicate being cut-down in their prime. These are often used for those who have passed suddenly at a young age. It is another symbol of mortality. Sometimes they are draped as well.

Here we are dealing with victory and success. It may not be an actual victory, but a metaphorical victory over death through eternal life.  Though given that we place wreaths upon the graves of those who have served in the military, there may be some literal meaning as well.

Balls, circles and snakes eating their own tail have a definite time theme. They are symbols of eternity. No beginning and no end. They represent the circle of life.

And that’s all for today, folks. I’ll post part two in a few weeks.

Have you seen a symbol that you’re curious about? Leave a comment below!

2 thoughts on “Graveyard Symbolism – What Does It All Mean?”